Being in the right time, right place helps save woman’s life

VIRGINIA BEACH, Va. – February 11, 2022 – What started out as a typical workday at a Virginia Natural Gas (VNG) construction site recently turned into a life-saving miracle when a team from VNG and Southeast Connections, LLC raced to a nearby house fire where a Norfolk woman was on the verge of being trapped inside and literally dragged her to safety.

“There were six of us on the job site when we noticed smoke coming from a home about a block from where we were working,” said John Kearse, Project Coordinator for VNG. “At first we thought someone was burning leaves, so we ran down to check it out and saw the house engulfed in flames.”

The group, including five employees from Southeast Connections (SEC), a pipeline construction company that regularly works with VNG, rushed down the street carrying fire extinguishers to the 3700 block of Wedgefield Ave. in Norfolk to assist in any way they could.

When they arrived, they were met with the horror of smoke billowing from the windows, and an elderly woman outside the home coughing and screaming for help. 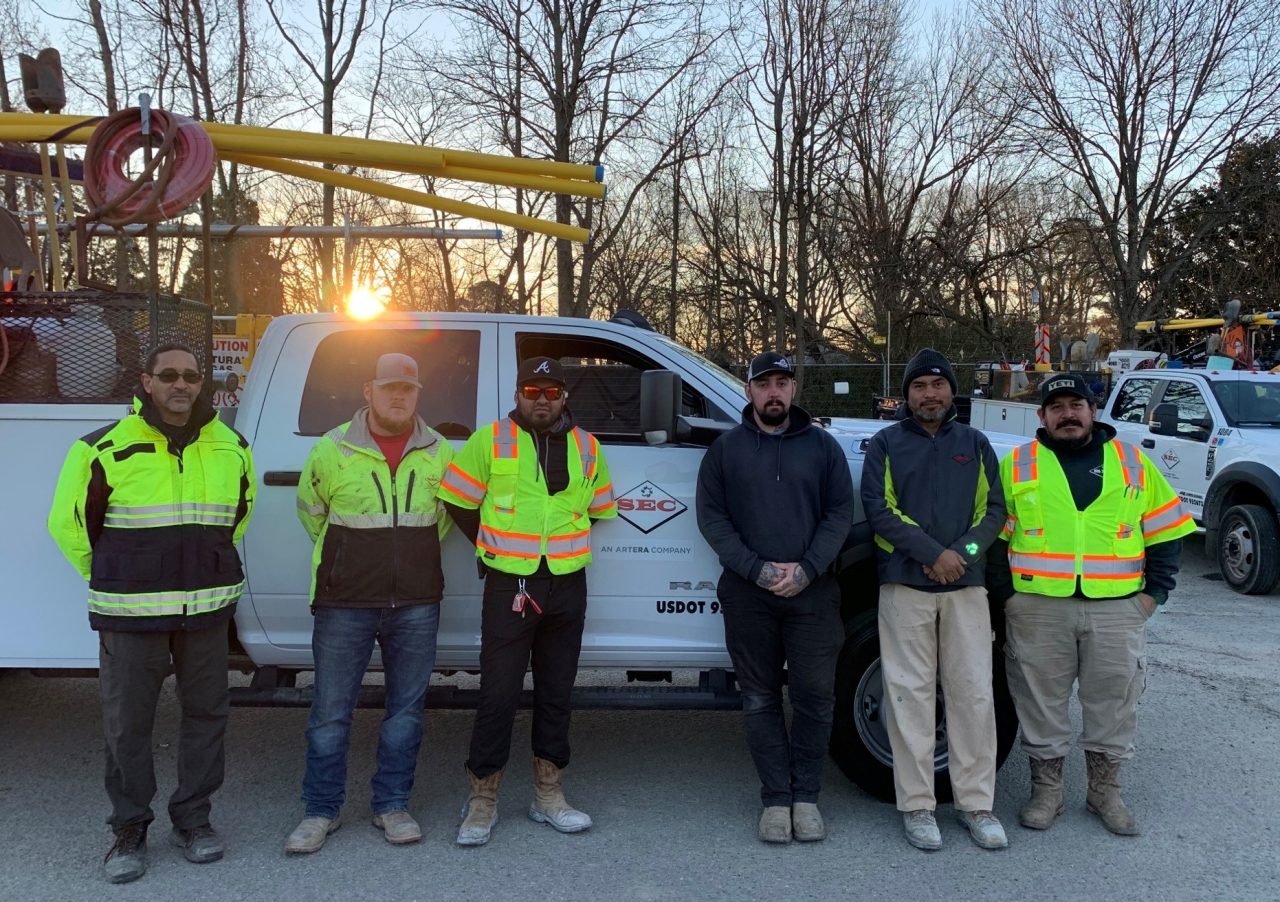 “She was standing on the stoop calling for help as soon as we got there, and we could just feel the heat from the fire inside,” said Kearse. “She also said her mother was inside and we knew we had to go in.”

Several of the team tried to enter, but as soon as they opened the door, a wave of heat and smoke immediately hit them. They retreated as quickly as they entered due to the black smoke, and the inability to breathe or see anything.

But they could hear someone inside the home calling for help.

That’s when Ryan Nottingham and Emilio Amaya, both SEC employees, crawled back in on their knees, fumbling around in the dark through the smoke searching for whoever was still in the building.

“We found an 80-year-old woman lying motionless on the floor, barely conscious, and we kept asking where she was,” said Nottingham. “We told her we were here to help and to hang on.”

The two were able to get to her, and literally dragged her from the burning building.

“After we were able get her safely out of the building, we noticed her arms and legs were covered with burns, but she was thankful for us getting her out before the fire got worse,” added Amaya. “It’s just one of those things where we were there and able to do the right thing.”

The group then comforted the rescued woman, covering her with all their coats to keep her warm until the fire department and rescue squad arrived. Once paramedics arrived, both mother and daughter were transported to a local hospital and treated for injuries.

“We are very proud of the actions of our team members and those of Virginia Natural Gas,” said Daniel Murillo, Field supervisor for SEC. “Had they not been at the right place at the right time, the outcome could have been very different. I don’t think anyone ever prepares for this or wants to put themselves in this situation. But on this day, they were all heroes.”

Other team members assisting with the rescue from SEC included Henry Regalado and Benjamin Sparks.

Kearse has been employed with Virginia Natural Gas for 36 years, and was the first time to respond to an emergency. He knew they had to act quickly.

“Everything we do revolves around safety, from our operating procedures to interaction with the community where we work and serve,” added Kearse. “There was never a second thought or hesitation about rushing to help. I was glad we were there and able to help.”

About Virginia Natural Gas
Virginia Natural Gas is one of four natural gas distribution companies of Southern Company Gas, a wholly owned subsidiary of Southern Company (NYSE: SO). Virginia Natural Gas provides clean, safe, reliable and affordable natural gas service to more than 300,000 residential, commercial and industrial customers in southeast Virginia. Consistently ranked in the top quartile for customer satisfaction by J.D. Power and Associates, the company also has been recognized by the Virginia Department of Energy and the Virginia Oil and Gas Association for its safety, innovation, environmental stewardship, community outreach and educational programs, and has been named Local Distribution Company of the Year five times since 2015. The company has been ranked by its business customers as one of the most Trusted Business Partners in the utility industry according to Cogent Reports, and as a Top Workplace in Hampton Roads by Inside Business. For more information, visit virginianaturalgas.com and connect with the company on Facebook, Twitter,  Instagram, LinkedIn, and Nextdoor.